Talk Acting: An interview with Angela Heesom & the audition advice you need to know

Article by posted by Richard Delamore

Hi Angela, thank you for your time! So, how does the casting process actually work?

"Once a Casting Director gets appointed to a project—whether it be a feature film, TV commercial or series—a very fast-paced and creative course of events follow.

We all have deadlines to meet. We need to deliver the right cast in time for the Wardrobe departments, Coordinators, and all the machinations of production to work with and prepare the actors for their onset work. Getting the ‘right’ cast means not leaving any stone unturned, and always thinking of the story, the script, and the onscreen result, at every moment of every casting decision.

Our job is to scour the entire industry, talking to agents far and wide, researching actors and their abilities until we arrive at the ideal shortlist. From there we work closely with the actors’ agents booking them for screen tests, getting the scripts and sides out while maintaining a constant and intimate dialogue with the Producer and Director. We need to ensure that the creative force is a building one while absorbing all else at the same time. No matter how good a casting opportunity may be, we always have to ask ourselves, “… is there anybody else out there who’d be a better fit?” Often once we’ve arrived at one casting decision, this will in turn inform us of another.

Once first screen tests are complete, the Director and Producer work together to build a preferred short-list. This is sometimes influenced by the writer and Executive producer. On many occasions, the artists are brought in for a callback: a second screen test, where they will be given other scenes to perform and/or re-look at the original test scenes for further exploration. Once this process is complete, decisions are made and offers are put to the lucky actors. Of course, then follows the second tier of casting which is the negotiating of the Deal on behalf of the Producer and working to the best position to keep the actor happy, the agent happy, the producer happy, and the all-important budget happy.

On many projects, we will go straight to offer on roles. This is where an actor already known to us is considered perfect for the role, and, therefore, doesn’t have to do screen-testing. It’s often the case that key actors (Names) are offered roles before a film is even green-lit. This is done to secure the artist’s interest, which in turn helps launch and fund the film.

So casting is always a combination of multiple factors; each and every job is different."

Say I’m called in for a casting call, what can I expect?

" Every audition will be different. You’re working with different material and casting directors, each of whom have their own expectations and, above all, ways of running Screen tests.

Sometimes you’ll be required to do an ID to camera—name, age, height, avails, etc. This is usually for TV Commercials or if you’re doing a self-test. But, on most other occasions, we’ll go straight into the scene work or a quick run through. We’ll normally explore the text at least two to three times in the standard audition. This will tell us whether you’re the actor we’re looking for."

What types of casting calls are there?

"Feature films, TV Commercials, TV Series, Documentaries … even print advertising on some occasions. And, these are for Lead Roles, Supports, and smaller roles such as Bit Players."

Who will I meet at a casting call?

"For the first casting call, You’ll usually meet only the Casting Director. For a Callback, often the Director and sometimes the Producer will be present. For TV Commercials, I find the Director is present for nearly half of all TV Commercials I do during the first Casting Call. This usually happens when the Director is living in the same area as me and doesn’t have to fly in expressly for these first round of screen-tests."

How long does a screen-test last?

"A screen-test usually lasts around ten to fifteen minutes. If it’s for a lead role, or a non-standard type of test (for example, improvising with other actors), then the test can be longer."

What’s the biggest mistake I can make during a casting call?

"This is such an easy question to answer because the same mistakes are made every time. They include:

Not learning your work.

Whether it’s text or emotional action. Just not having your lines down. This makes it very hard for anyone to take you seriously.

Talking too much about issues not on the script.

For example, talking about the weather, asking questions about the film’s locations, or trying to explain why you’re late. It’s best if you leave all of that stuff outside the audition room.

Dressing in costume for the role.

Sometimes it’s necessary, but when it is we’ll ask for it. For example, on our recent Deadline Gallipoli tests, we asked actors to come in wearing period military uniform where possible. However, actors are usually asked to come in specific wardrobe if required. For example, if you’re going for a role as a bride don’t dress in a bridal gown. Wear something more casual like a feminine white dress and flats… I’ve had actors arrive in bloodied shirts riddled with bullet holes because their characters get shot at during a scene. Trust me when I say, the emotional engagement and experience of being shot is far more persuasive to us than any shirt you’re wearing. So, dress with your character in mind, but not in dress. If you’re a plumber, then maybe jeans and a t-shirt; but not overalls and a massive spanner sticking out of the front pocket—which has previously been done."

What can I do to get your attention during a casting call?

"There are several things I always recommend:

Be completely dedicated to the next ten minutes you have with me.

Come totally prepared. Lines down and learned inside and out. It’s only then that we can work together to arrive at a good audition.It’s the reacting, the non-spoken moments of one’s performance that are often the most potent. I urge actors not to deny themselves this opportunity. Put everything you’ve got into your preparation; an audition is a wonderful opportunity not to be wasted.

Be in the moment.

React off the other characters and what they’re saying and doing. Don’t wait for them to finish so you can deliver your lines.

Forget rhythm and avoid delivering the entire piece like a perfectly rehearsed piece of text. It is of course just that! But, it’s your job to suspend our disbelief, to make us feel that you’re real and that this is a real situation. We don’t speak with perfectly timed execution in real life. We’re speaking and thinking nanoseconds ahead—all at the same time, maybe pausing to think, maybe talking over someone else. I want to see real life.

Don’t apologise for your nerves.

Just try and manage them. Everyone is nervous. Even me.

If you received the script an hour ago, don’t blame your agent. Well, at least not in front of us. Perhaps, speak to them directly. And, remember that sometimes we sent them the script only an hour ago!" 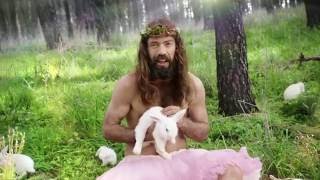